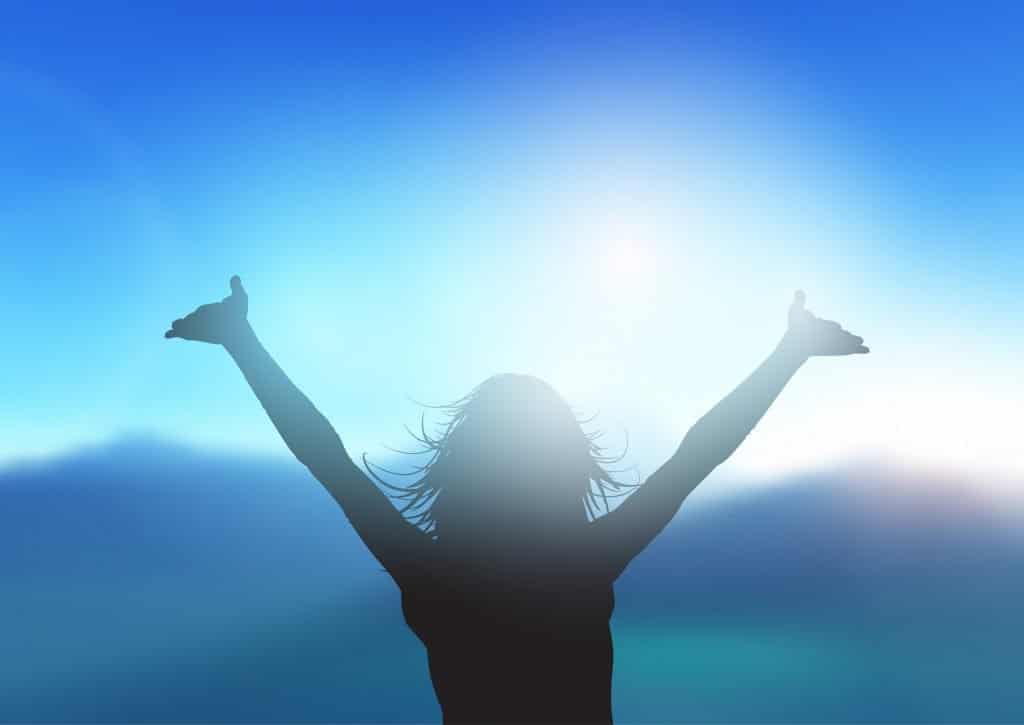 It’s just not something we want to do when we’re sick.  Or when we’re going through any affliction or difficulty.  We don’t want to praise God.  We don’t feel like praising God.  But we should!  Because there is power in praise!

Consider Paul and Silas (Acts 16:16-40).  There they were, sitting in a dark, damp, cold prison.  And they were hurting.  Why?  Because they had been beaten with rods.  They were most likely bruised and bleeding, with many wounds and much pain.  They may have had aching ribs and muscles.  I bet it hurt to move, or even to breathe.  And they could feel the iron shackles around their feet, cutting into the skin.  And then there was the smell of that place.  They could smell the mildew.  They could smell the odor of human excrement.  It was not a pleasant place to be.  Most folks finding themselves in that situation would be complaining and grumbling and saying, “God, why have you allowed this?!”  Most would move into self-pity.  But what did Paul and Silas do?  They praised God!  They sang hymns!  In the midst of hardship, in the midst of discomfort, in the midst of pain, they magnified their God!

And suddenly, at midnight, as they were praising and singing, God sent an earthquake that shook the prison and broke their chains!  The prison guard rushed in and fell down before them. Then he brought them out and said “Sirs, tell me, what must I do to be saved?”  And they led him to salvation.  Glory to God!  And Paul and Silas were set free!  You may be in a “prison” of disease or pain.  Let the power of praise bring you out!

When the Lord gave me the subject of this article, He said to me, “Praise is a mighty force.”  The word “force” means “a strength or energy exerted, an active power.”  Praise is an ACTIVE power.  It works on your behalf!  The word “mighty” means “having superior power or strength.”  Did you get that?  The force, or power, of praise is superior to the power of the enemy!  That’s why praise can push back the darkness!  It can PUSH BACK against the force of the enemy!

The Lord said one other thing about praise: “It can bring you out of your circumstances.”   Here’s an example.  Recently, I was experiencing some particularly bad symptoms.  My heart was beating fast, way too fast.  And that resulted in extreme fatigue.  It had been that way almost all day.  It seemed I had no strength to stand, much less walk.  I had been speaking the Word but nothing had changed yet.  I knew I was under attack.  It was a Monday and usually I would be attending the prayer meeting at church.  But I was SO tired.  My body just didn’t want to go.  I made up my mind I was going to the prayer meeting.  I told my husband, “We have praise and worship at the beginning, and I’m going to be in the midst of it!”  I knew being with God’s people and glorifying Him would make a difference.  All symptoms were still with me when I entered the meeting room, barely able to put one foot in front of the other.  I didn’t feel like standing during the praise time, but I made myself stand and made myself sing.  After a few minutes, I was smiling and joyful.  When we sat down after the time of praise, I noticed something.  My heart was no longer beating fast!  My heart rate was completely normal!  And I felt much stronger!  Everything was changed!  That’s the power of praise!  It’s a MIGHTY force!

Praise brings triumph in the midst of turmoil.  Praise lights up your soul.  When you praise, you become light-hearted!  Praise causes you to see things differently.  When you magnify the Lord, you begin to see things from His perspective and you are LIFTED UP above your circumstances!

Regardless of your situation, rejoice in your God because of who He is.  REJOICE!  Remind yourself of His goodness and His power and how faithful He has always been.  Go ahead!  Raise a hallelujah!  And discover the power of praise!

Philippians 4:4  Rejoice in the Lord always.  Again, I will say rejoice!

← God Can Be TrustedHelp, I Need More Faith! →