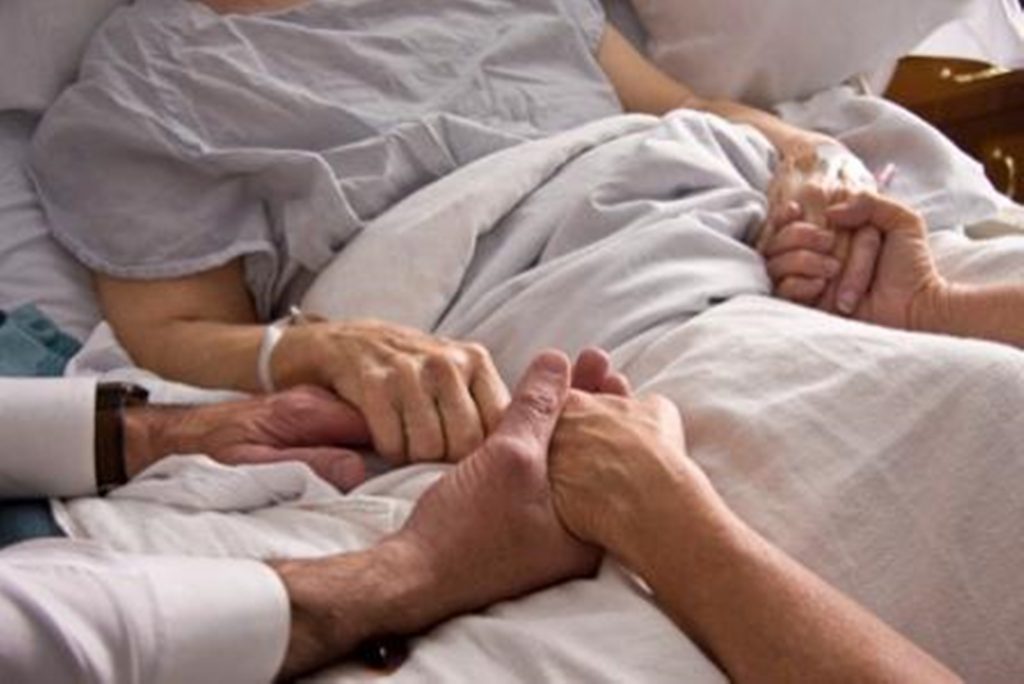 I work at The Healing Center and often participate as a member of one of our Healing Teams that are called upon to pray for the sick at our local hospitals, hospices or in their homes.  One day I remember we were called to come pray for a man who had been rushed to the hospital because he had a stroke.  By the time we got to the hospital to pray, the hospital staff and family members informed us the man had already died twice prior to our arrival and had been revived. The doctors did not have much confidence that he was going to live. He had received a very evil report about his health and future.

When the Healing Team Members came into the room, we purposed to ignore the negative circumstances surrounding this man’s health and focus only on why we were called, to pray for this man’s healing!  We gathered around the man’s hospital bed and confidently ministered the Word of God concerning healing to him and prayed for his healing according to James 5:14-15.  We had learned to put our confidence in the truth of God’s Word, and not how things “looked” or “appeared to be”.  Had we listened to what everyone was saying and focused on how “hopeless” things seemed, we would not have had the confidence to pray as boldly as we did.

After we prayed, it did not appear as if the man’s condition had changed much, if at all.  However, we had learned through our training that healings are often “progressive” not “miraculous”, so if a person didn’t appear to be healed immediately, this was not an indication they were not healed at all.  As we left the room, we encouraged the man that he could believe God for his healing, and to have faith in God’s Word that he was healed (Isaiah 53:4-5).

A few weeks later, I praised God for His faithfulness and awesome power when I saw the man at a SKM Healing Explosion Conference!  He went forward to receive prayer and afterwards threw his cane down and walked up and down the aisle praising God for his healing!